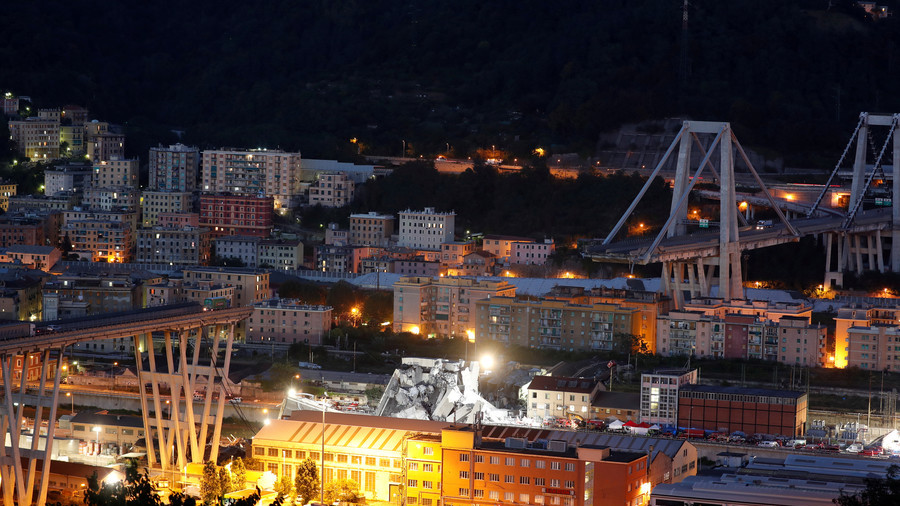 Drone footage has captured the harrowing aftermath of a bridge collapse in Genoa, as rescue efforts continued into the night in the hope of finding more survivors.

The footage shows large search lights illuminating the accident site, with emergency vehicles and rescue workers picking through the rubble.

At least 39 people were killed on Tuesday after the bridge failed and dozens of vehicles fell 148 feet (45m) to the ground. It’s believed that between four and 12 people are still missing.

“We’re not giving up hope,” fire official Emanuele Giffi told AFP news agency, vowing that teams would work “around the clock until the last victim is secured.”

Age restrictions proposed for drone use in the UK