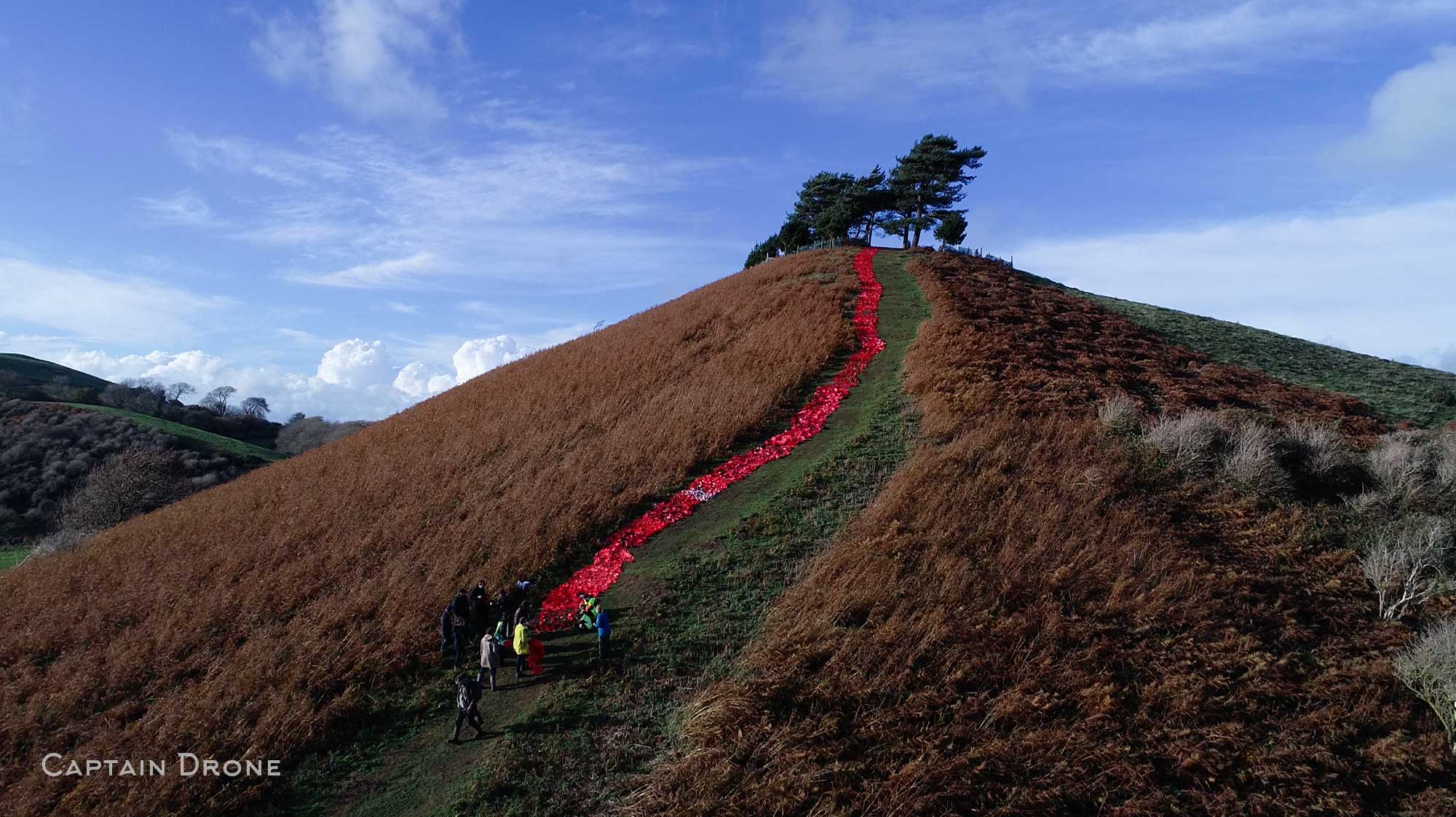 Earlier this year I was contacted by Symondsbury Estate regarding event marketing and promotion services. They wanted to document the installation of thousands of hand-made poppies on the path leading up to Colmer’s Hill, just outside of Bridport. The best way to show the installation would be from the air, so they sought my services to safely and effectively record the event.

An important part of the process was to first visit the site for a recce and risk assessment, as laid down by the Civil Aviation Authority. A couple of days before the installation started, I sent my drone up to record some test footage. This also allowed me to gauge any potential issues on the day, as well as any obstacles or hazards I might encounter while flying.

Despite inclement weather conditions in the run up to and during Armistice Day, I managed to find enough of a gap in the wind and rain to launch the drone. This allowed me to safely capture some aerial views of Colmer’s Hill.

On the south easterly path of the hill, thousands of hand-crafted poppies were installed to remember those who had lost their lives in conflicts since the First World War. Armistice Day 2018 was particularly poignant as it marked 100 years to the day since the guns fell silent at the end of WW1.

A shorter edit of the above video was uploaded to Facebook later that day which proved extremely popular. So far, it has reached in excess of 70,000 people and has been shared on Facebook more than 750 times. Footage was also used during the lunchtime and evening bulletins of BBC TV South West’s news programmes and on the Bridport News website.

The weather worsened as Armistice Day approached. Sadly, this was the only opportunity I had to record the poppies. However, this video was very warmly received by Symondsbury Estate and the wider West Dorset community.

Thank you to Symondsbury Estate and Colmer’s Hill Fashion who organised the event, and the tireless work of the volunteers who made and installed the poppies.

Thank you also to Les Reed for permission to use his arrangement of Sir Edward Elgar’s Nimrod Opus 36. I felt this was a suitably stirring and beautiful piece of music.

I was contacted recently by the owner of Terwick Place, a prestigious 6 bedroomed property…