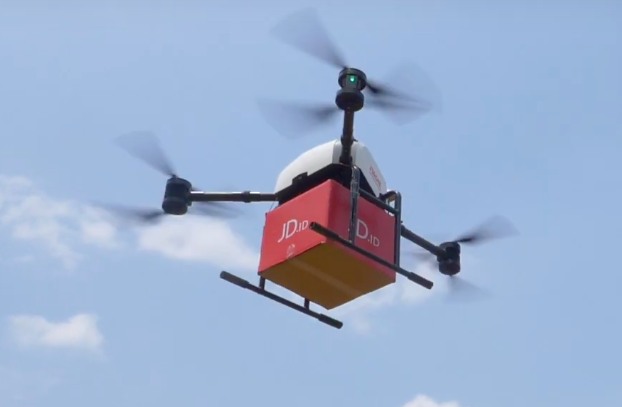 With “social distancing” the phrase of the week around the world, the time may have come for communities and governments to embrace drone delivery – not just for speed and convenience, but to protect themselves and vulnerable members.

The World Economic Forum has published a blog post highlighting the contributions that drones have made in the fight against COVID-19. “3 Ways China is Using Drones to Fight Coronavirus” brings out the contributions made by drone delivery in an environment where limiting human-to-human contact is of paramount importance.

A press release from JD explains: “JD opened a drone route to Baiyang Lake in Hebei province during the coronavirus period, completing the first delivery on Feb. 7th. Previously, couriers would deliver packages to the village by boat, but this route was temporarily suspended due to the virus.” Drones were a critical tool – without drones, couriers would have had to detour over 100 km to deliver via land-based routes.

JD explains that the drones drop parcels at a fixed point, allowing customers to pick them up without human-to-human contact – which minimizes the risk for both the courier and the customer.

Technology is consistently developing and improving the way in which we live our lives. However,…

Payment company plans to use drones to solve parcel fraud

Ever sent a parcel to someone, but it never reached them? It could be that…